Arguably the best preserved San Rock Art is to be found high up in a sandstone shelter in the foothills of the uKhahlamba Drakensberg Park within the Kamberg Nature Reserve. An area with the greatest concentration of these paintings which date back over a wide expanse of time with some possibly painted nearly 4,000 years ago!

Lana and I had been wanting to visit this site for ages, so we made a family week-end of it with my brother as well as Judy and Stan, his sister in law and her hubby. What fun!

The camp at the Kamberg Nature Reserve has 5 reasonably well appointed 2 bed chalets.

Each unit with own kitchen and private bathroom en suite with the kitchen having a 2 plate hob and microwave as a stove. Large fridge / freezer. 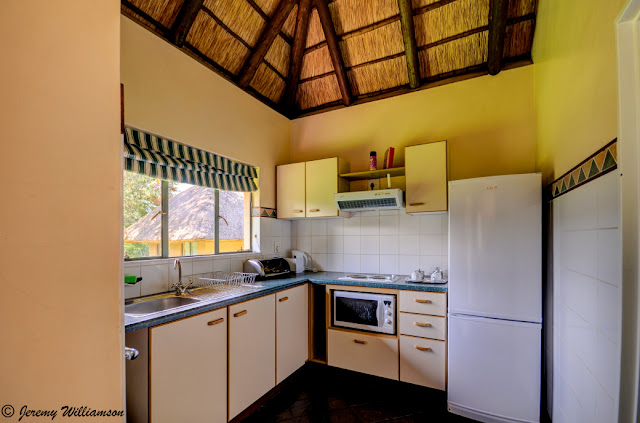 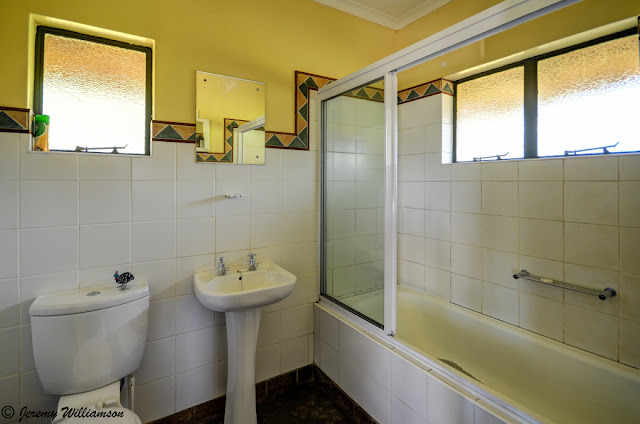 Two single beds, a fireplace – a necessity in winter,  and a freestanding braai (barbecue) off the veranda. 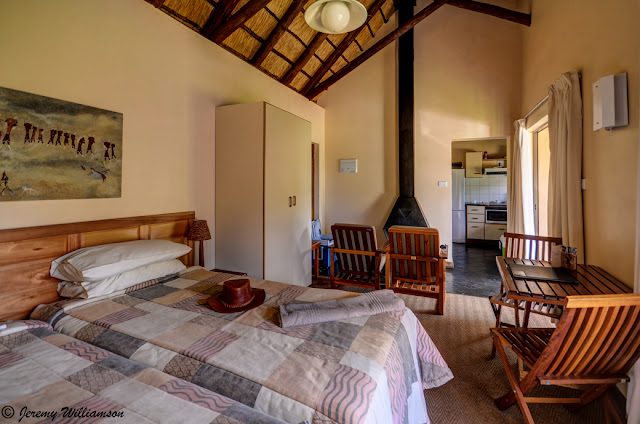 These look out over the lush green lawns, on down to the Mooi River and across the the grassed, granite / sandstone mountain beyond. 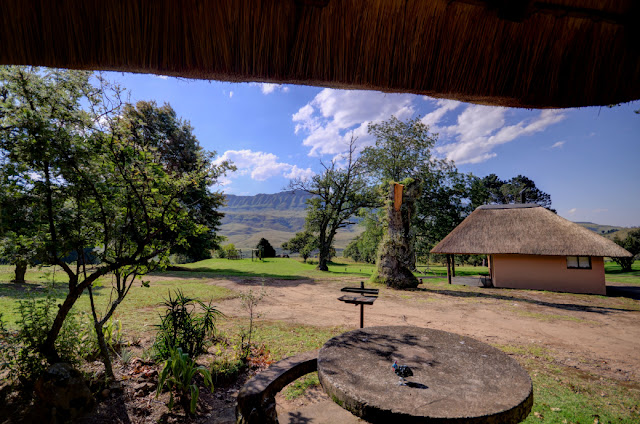 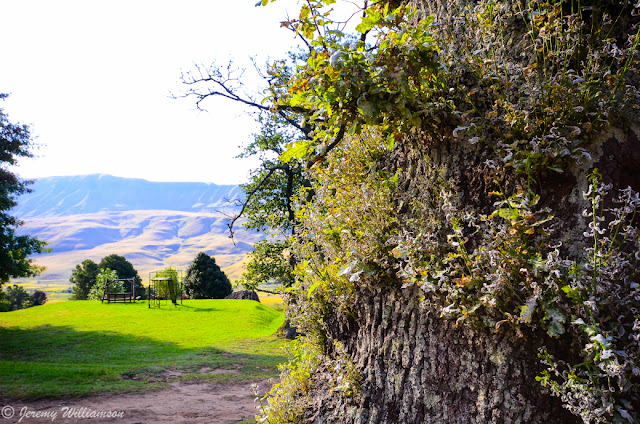 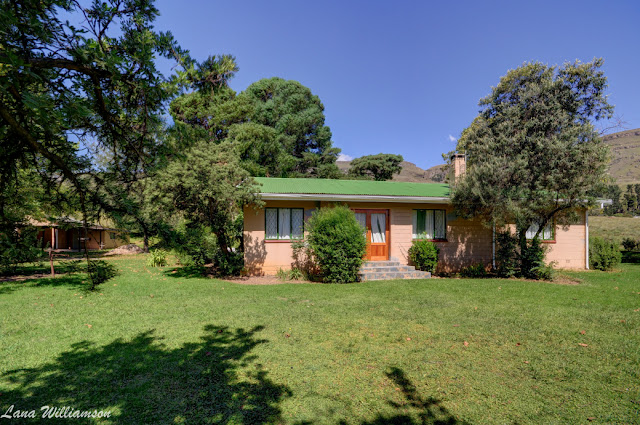 Set slightly away from these resthuts is a 3 bedroomed cottage sleeping 6 . This has recently had a soft refurbishment on the interior 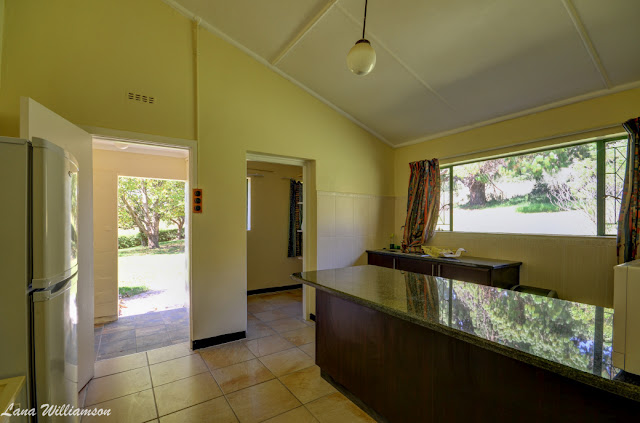 Large kitchen with stove, microwave, fridge / freezer as well as a separate freezer  and pantry

Three bedrooms, 2 toilets, one in the bathroom, a large lounge / dining room with fireplace. 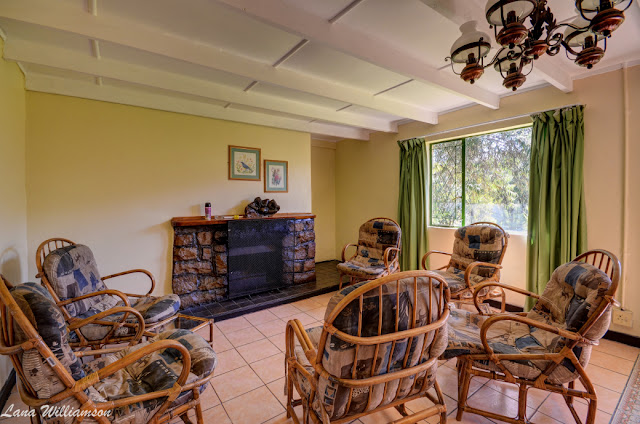 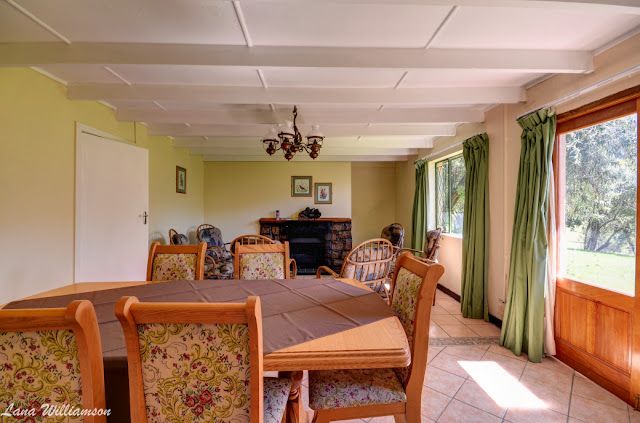 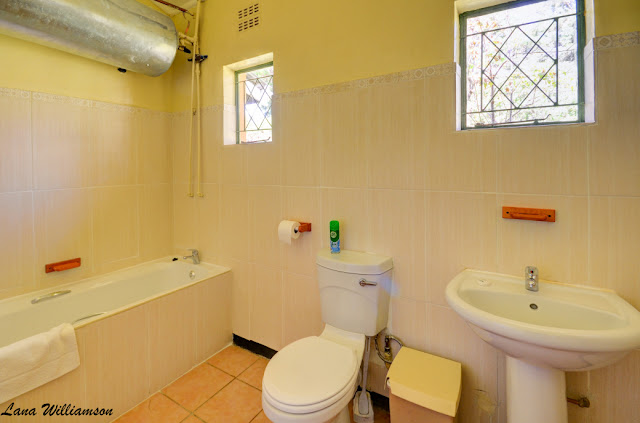 Kamberg, had a trout hatchery, now decommissioned due to Trout being an alien species which has been displacing the indigenous fish, no longer acceptable to the Conservation authority. Trout are still to be found thriving in these mountain rivers and provide excellent sport for the fly fisherman. 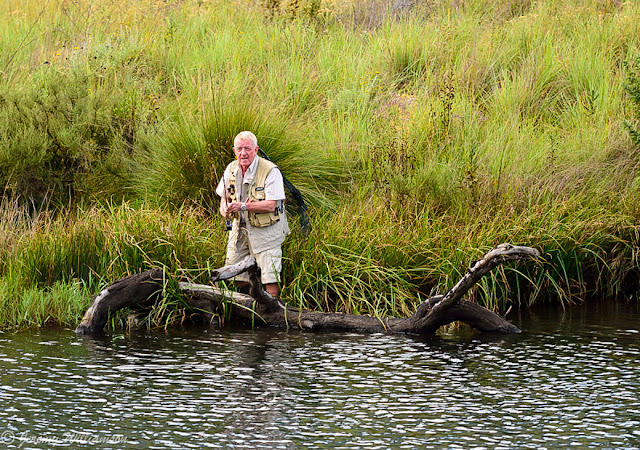 My brother Tim out to catch a fish or two, 3 per person per day on the purchase of a rod fee.

The camp will only allow guests to access Game Pass Shelter accompanied by a guide, presently at a fee of R50 per person. Lana, Stan and I followed our guide on the well maintained pathway which in the main was on a gently contour gradient upwards, then we came to the base of the massif, and the climb really started.

Rock and some concrete stairs had been placed to make the ascent easier, well, we needed to catch our breath regularly.  Stan found the walk challenging and decided not to continue after ascending a particularly steep section, not an easy one for the elderly. Lana and I are fortunate that we hike fairly regularly, but this was still a challenge.

Claimed to be a 3 hour round trip hike, we did it in 3,5 hours!
Despite the excursion the visit was  certainly well worth while. The rock art is really well preserved, with the colours still really bright. Not like so many of the sites we had previously visited. 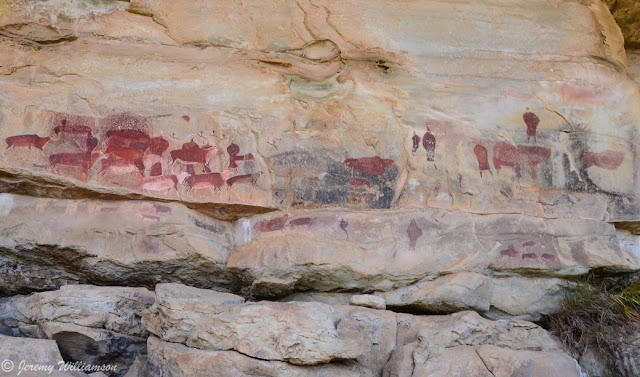 The principal panel. Eland, hunters with legs widely spread depicting them running, and then the Shamans cloaked in Karosses.

What makes this shelter so valuable a find, is the one painted panel depicting the transformation of one of the persons being transformed from man to Shaman. Here he is shown holding the Eland’s tail which initiates the transformation, then in change and finally transformed to be a Shaman, the orange figure on the right with the head of an animal.


All photographs by Jeremy and Lana Williamson

Posted by Far and Wild Safaris at 5:27 AM