My Recent Visit to the Kruger Park – Keith Marallich

I recently had occasion to guide a tour of four youngish Germans to the Kruger Park. I was looking forward to this; I had not been to the Kruger for some time and was looking forward to visiting the spiritual home of so many South Africans after a long absence. I picked this group up at the O R Tambo in the late morning and made my way to Hanna Lodge, on the Panorama Escarpment. This was a good choice, as it gave the clients some time to unwind and more importantly, offered them some good food, something that would be sorely missed during the next few days! Upon arrival at Hanna Lodges’ entrance gate, we had to stop for a flock of ostriches that seemingly were all over the place, together with large numbers of warthog and in the distance what looked like hartebeest and impala. Hannah Lodge was a good as ever, and dinner that evening was superb. Even though there were not that many people in residence at the lodge, they did not hold back on the food, and a fine dinner buffet was on offer.

The following morning after a good breakfast we made our way down the Abel Erasmus Pass and entered the Kruger Park at Orpen Gate. I must say that I was immediately aware of the fact that this area had received much rain – in fact, they had cyclone weather together with some flooding earlier in the year and evidence of this deluge was everywhere, manifested in the amount of surface water and in the previously dry riverbeds that were now constantly trickling water. I was a little concerned about this as my experience is that if there is water available at previously dry pans and waterholes, animals are scarce near the public roads and difficult to find. This was the case, and we did not see much on the 47 kilometre drive from Orpen Gate to Satara – some elephant, lots of impala, zebra and some hippos at the Nsemani Dam. This scarcity of animals may also have had something to do with the time of day, mid morning to mid midday, possibly the worst time for game viewing.

After checking in we went on an afternoon drive on the very popular S100 – reputed to be one of the best game viewing roads in the entire Kruger Park, but all we saw here were some general plains game, although we did have a nice sighting of some elephants drinking at the N’wanetsi River where it crosses the S41 road. Unfortunately, with the setting sun which we were driving directly into and the dust of the S100, visibility was poor so not much was seen on the first day. I suspect that this is what rally drivers must experience being behind faster cars on the Dakar Rally through the desert, all this dust and low light! I was hoping for an improvement for the following few days.

Now with a good few hours under our belt today, everyone was looking forward to dinner, and we duly arrived at the dining room at Satara in preparation for our dinner, only to be told that they do not serve dinner any longer! The reason? They have increased the dinner prices and because of this people stay away - they do not have enough customers to justify a buffet, so they only do one on Saturday nights (and this night happened to be a Sunday night, so I was twenty-four hours too late or six days too early)! Now I am no economist, but maybe, just maybe, lower your prices, take dinner reservations (with a deposit if needs be) and then cater for those people that have booked dinner – it workd at Hilltop Camp in the Hluhluwe uMfolozi Park. The result of this was that we were obliged to have dinner in the cafeteria, where we ended up with burgers and toasted sandwiches for dinner. Fortunately for me, the clients understood and were not that upset. More was to follow on the food front the next morning – this time it was through my mistake – no-one else can be blamed.

After our slap-dash dinner I decided that we would not return to Satara for breakfast (one does not want to take too many chances here, does one?) – we were to stay at Skukuza the following two nights, so I resolved to do an early morning game drive in the Satara area and then have breakfast/brunch at the Tshokwane Picnic Site en route to Skukuza. As is my wont, we started out early and I did quite a long drive along the S36. We saw some general game and lots of elephants. At one point in the early morning, in some fairly thick bush, a bull elephant broke out of the bushes, out of nowehere and came straight for us, ears well open, standing tall and trumpeting – this was serious stuff! With some fairly deft backing up, (brag, brag), and the elephant coming down the road after me, a fine time was had by all. I suspect that the elephant was either chasing another one, which we did not see, or was being chased by another one, which we also did not see, or was following a breeding herd or something else along those lines, but whatever the reason, he decided that he had better things to do after all and left us in peace to wipe the sweat from our collective brows. He disappeared into the bush, trumpeting all the time, sounding very much like a large group of vuvuzela bearers at a World Cup soccer match, getting fainter as he moved further and further away to whom knows where.
Where the S36 re-joined the tar road, we came across two dead lions just off the road. Actually, after a while they both moved, so they were not dead, but they may as well have been. The only excitement they afforded us was when the sun got too warm and they moved into deeper shadow and out of sight. Time to move on, bacon and eggs are calling.

When I arrived at the Tshokwane Picnic Site in response to the call of the bacon and eggs (and this was now mid-morning), lo and behold, I discovered that this popular picnic site was closed! This was because of the flood damage from earlier in the year, and I admit, this was my mistake – I should have checked to see if it had re-opened. Alas, we now had no option but to push on to Skukuza where we then had an early lunch, very similar to last nights’ dinner, but acceptable, this was after all lunch.

I was not going to make any mistakes with any future meals, so I went to the restaurant at Skukuza to see what they had on offer for dinner as in my previous and many visits here, it had always been a buffet (as was the case at Satara), but to my consternation I found that they too had done away with the buffet, but were offering meals on an a la carte basis, and the menu for each individual day was posted at the entrance. The menu? Too little choice (one in the group was a vegetarian, which was not catered for) and too expensive for what was on offer. Fortunately, Skukuza, being the largest camp in the Kruger Park, has two restaurants, so we ended up having all our dinners here at the Selati Restaurant. They have a fixed a la carte menu that may change only twice a year, and although fairly expensive, their service and meals are not too bad and certainly the best that is to be found in the Park. No complaints here.

The next morning we did a meandering drive down to Lower Sabie for breakfast – I wanted to see what has changed here in terms of their meals, and also, this is a good region for some great game viewing. Lower Sabie does not offer the buffet breakfast any longer, so we had the set breakfast at the cafeteria – a choice of three breakfast dishes. Not too much of a problem, how much can you really mess up bacon and eggs and toast? Game viewing was quite good, with a nice sighting of two lionesses, one of which was pretty bored with being stared at and showed this by giving off a massive yawn. It was on this road that we also had a good sighting of a trio of white rhinos.
For future visits to the Kruger Park I am a little concerned about the meals. The Kruger Park, although a great wildlife destination, was never known for its fine dining and gourmet meals – they are after all a wildlife conservation organization and this is where their focus is. All the camps used to offer a buffet dinner (of varying degrees it must be said). However, it now seems as if each camp has its own meal system on what may or may not be on offer for dinner. If the two largest camps in the park, Skukuza and Satara do not offer a buffet, and the second largest camp in the Kruger Park, Satara, only has cafeteria meals available for dinner, what of the smaller camps? I will have to tell future clients that any visit to the Kruger may result in a lottery as far as dinner is concerned, and any client who feels that they have to have good meal choices that are well presented, may have to look at a private concession lodge inside the park or a lodge in the private Sabi Sands or Timbavati Reserves adjacent to the Kruger. Don’t get me wrong – there is nothing wrong with the quality of the food that we had, it is simply the presentation, choices and level of service that one has to grit one’s teeth about when dining at the camp cafeterias. I can get by with a “take away” type of breakfast and lunch, but want something just a little bit more refined for dinner! May, just maybe one day, SAN Parks will look at getting outside commercial restaurants into the Kruger Park – it can’t be too difficult having someone like Spur at these camps, surely? (For those internationals who don’t know Spur, it is a standard South African family restaurant, serving basic meals, but with so many choices, and even though it is not fine dining, it should suit almost everyone.

What about the main reason for the visit – the wildlife? We saw lion every day, except for our first day on arrival, and were quite lucky to have a fairly good leopard sighting one afternoon. Bird sightings, even though this was mid-April, were still pretty good with a martial eagle and a ground hornbill posing very nicely for us along the main road between Lower Sabie and Skukuza. The rest of the “big5”, elephant, buffalo and to a lesser extent, rhino, were regularly seen and then of course plenty of zebra, giraffe, waterbuck, wildebeest and more seen in abundance.

I have included some photos hereunder – this is simply a small selection of the photos that I took on this trip, and covers a cross-section of animals that were seen – I trust that you will enjoy them. 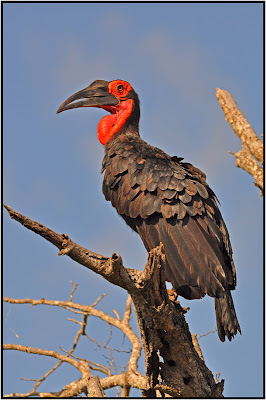 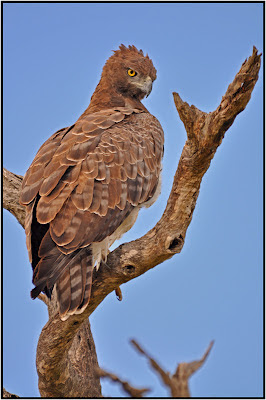 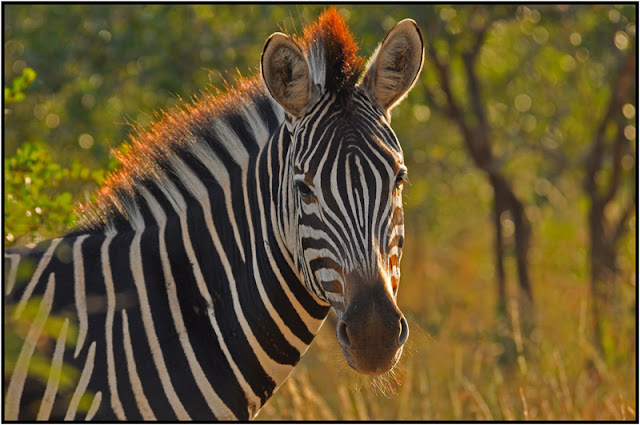 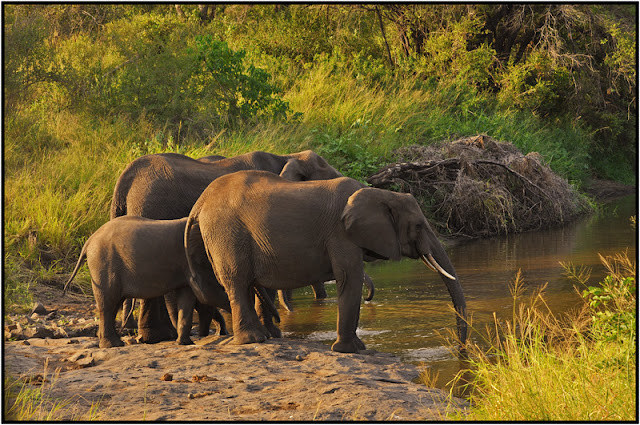 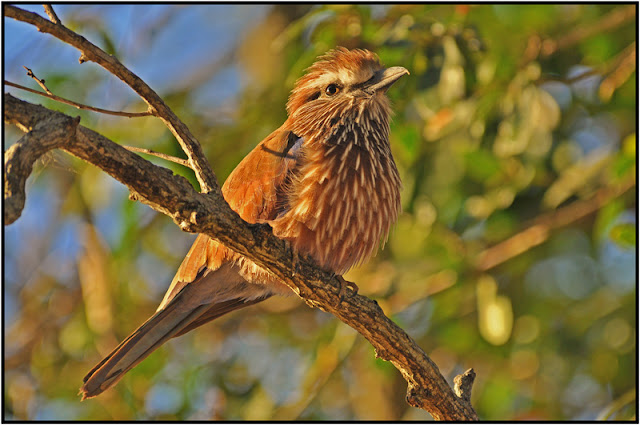 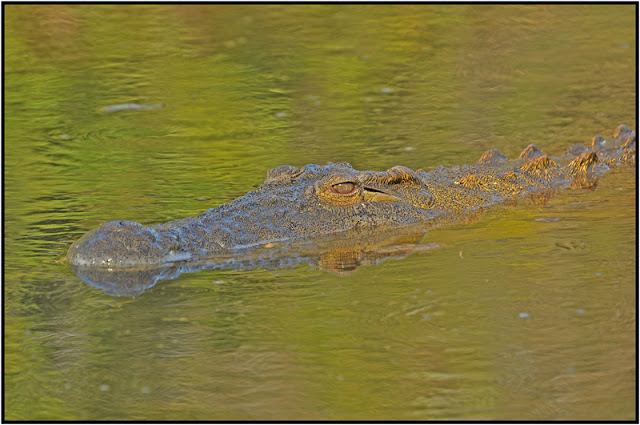 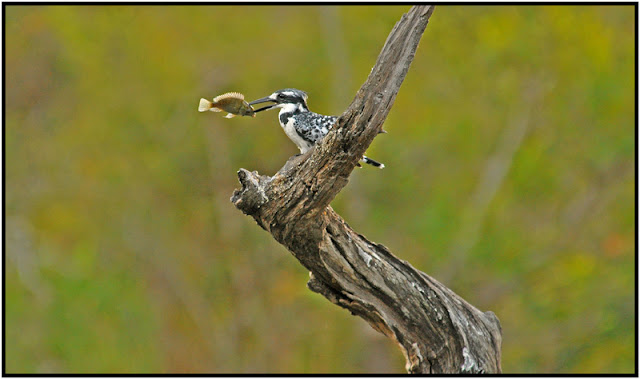 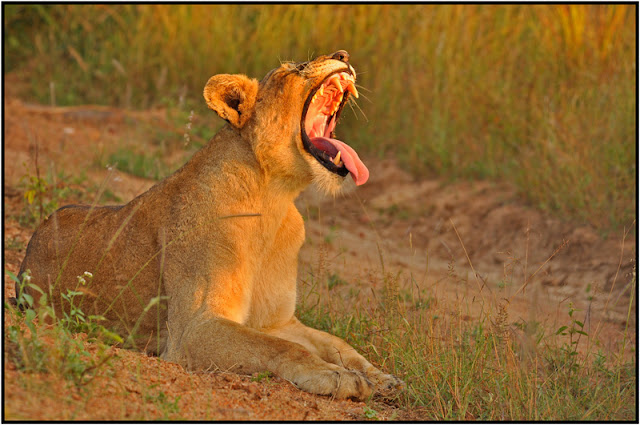 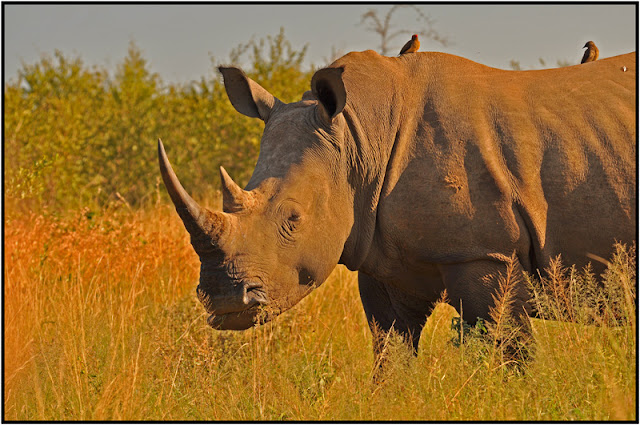 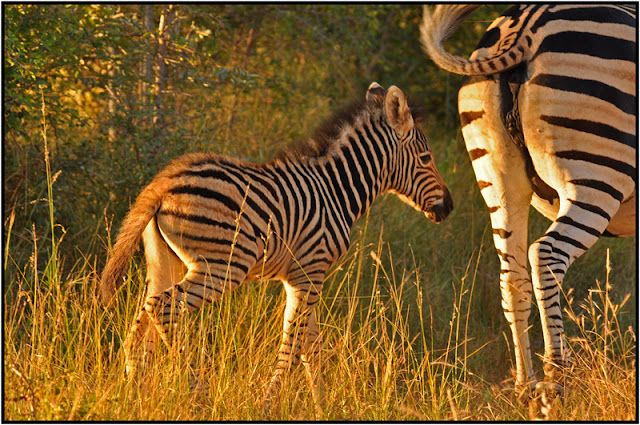 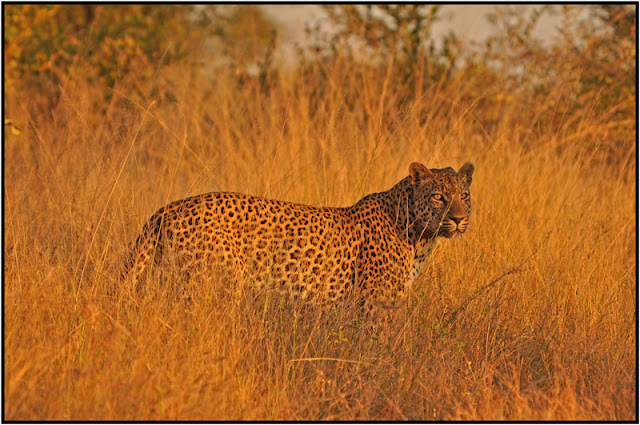 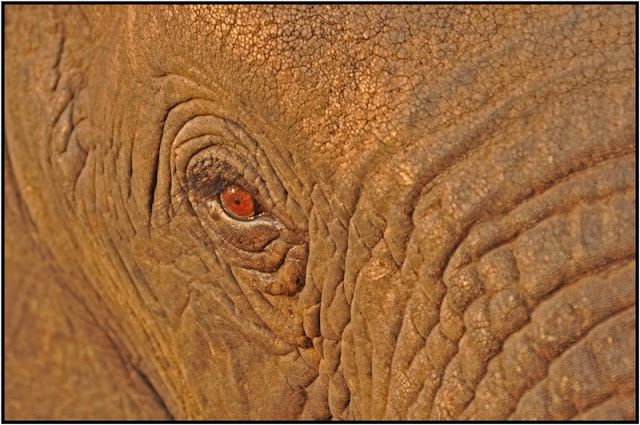