On a recent extended birding trip, Lana, I and our good friend from Scotland, Gordon MacKinnon visited the Mkhuze Game Reserve, over-nighting at Mantuma Camp. This in the peak of summer, during one of the most severe droughts in more than 100 years, worst since records were monitored.
We parked at the Mantuma Camp reception parking and on exiting the coolth of the car, we thought we were in a sauna, with outside temperatures on the day at 43 degrees C !  I had fortunately secured a 4 bed chalet at Mantuma Camp, which had air-conditioning in the lounge, what a relief. Then there was the Mantuma camp swimming pool too. 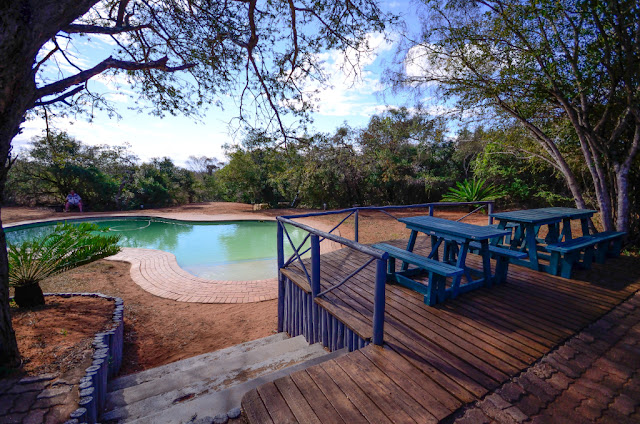 Even the Hadedas needed to cool off ? 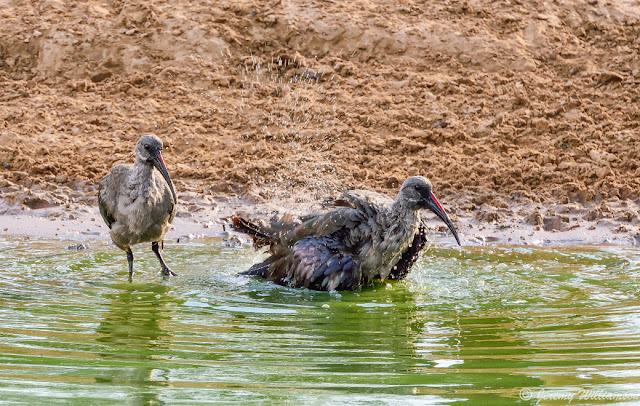 There are numerous consequences of this drought, with the chronic lack of rain, the grasses, flowers, shrubs and trees were all severely compromised and were / are, not producing the normal abundant food, this caused a chain reaction with reduced insect and bird-life. So bad is the drought, a number of hippo, buffalo and even white rhino have succumbed to the lack of graze. Before our arrival, there had been some rain, which had partially refilled Nsumo Pan and initiated regrowth,  the grasses had only just started to produce life sustaining shoots when we arrived.


Subsequent to our visit there have been further reasonable late rains, probably unfortunately too little too late. This is going to be an interesting winter.
The policy of the Isimangaliso Wetland Park and Ezemvelo KZN Wildlife is to leave nature much to its own devices with no artificial feeding. So no reprieve from that possibility.

The guided fig forest walk is a very worthwhile excursion at Mkhuze Game Reserve. I booked this directly with Mantuma camp in advance and confirmed and paid for it on arrival. A 05h30 meeting at the camp reception, our guide drove us in an open game drive vehicle to the start of the trail from where he led us on a walk through the forest. 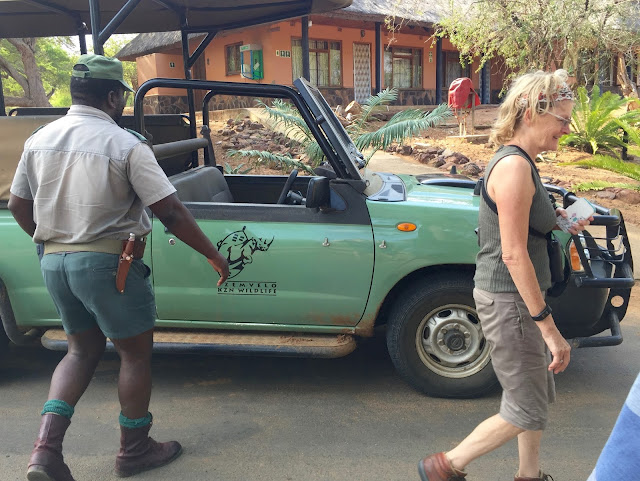 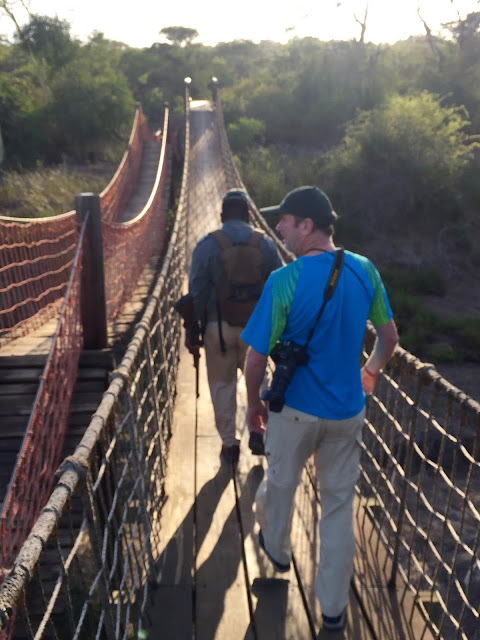 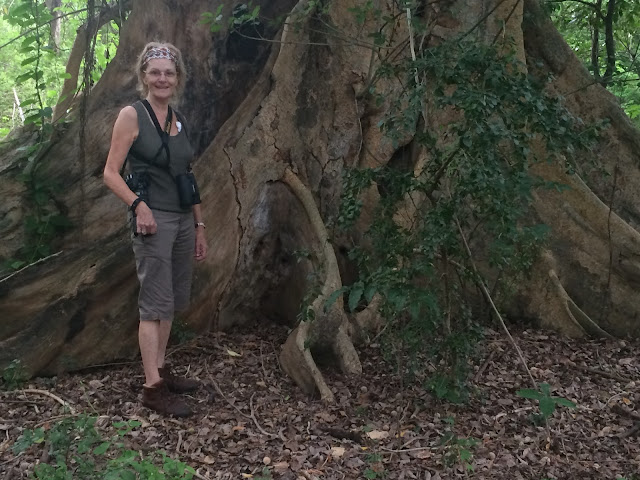 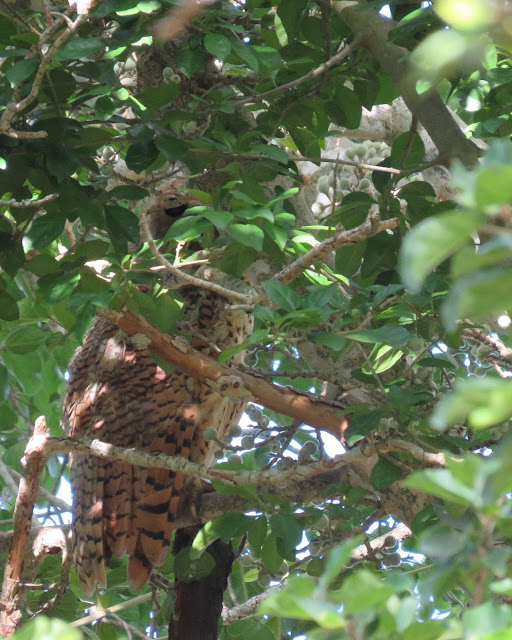 There has been extensive refurbishment of the hides and picnic sites, with excellent new toilets within the Mkuze Game Reserve. 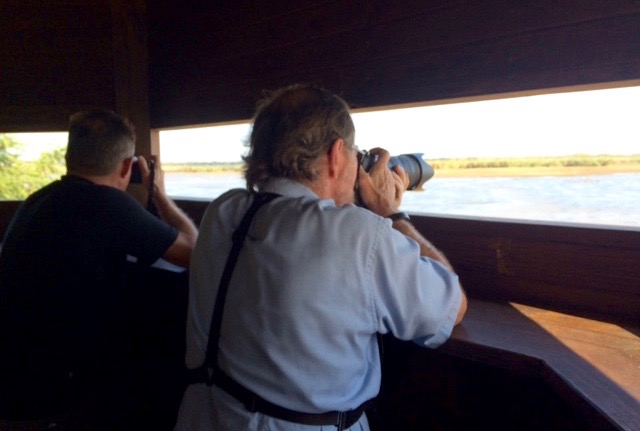 The Nhlonhlela Bush Lodge has also had refurbishment. Necessary repairs to the tents at Mantuma restcamp has also recently been completed.


As this visit was primarily our concentrating on seeing as much of a variety of bird life as possible, along with general biodiversity, little time was spent driving around the Mkuze Game Reserve, with more time spent at the Pan and hides.  We had one particularly exciting sighting though, a fair sized Black Mamba in the road. We were all so enthralled, that unfortunately when we thought of taking a photograph, it had decided enough ! and retreated into a rather dense roadside bush. Lovely to see, despite the heat, we saw very few reptiles during the entire six weeks of our trip.

The Mkuze Game Reserve is a Big Five game reserve, indeed it hosts the Magnificent Seven which along with the Big Five, (elephant, lion, leopard, rhino and buffalo) also has a number of cheetah and wild dog. We were fortunate to see lion, white rhino and buffalo, whilst dipping on the rest.

The appeal to me with regards visiting the Mkuze Game Reserve are the hides, with my preference being KuMasinga hide. The KuMasinga Hide had a lot of water due to the Park authorities pumping water into it in order to maintain its levels. Lana and I have spent many hours watching the variety of wildlife being drawn to this water source. With the water hole being relatively small the photographic opportunities abound. 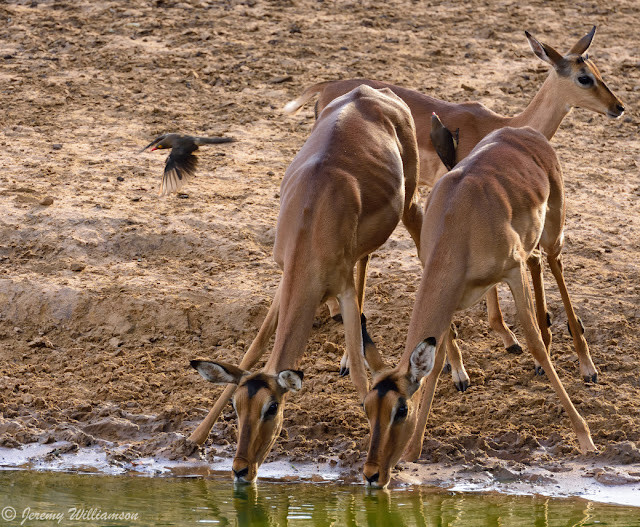 Mantuma Camp accommodation is all self-catering. The units are in reasonable condition with some minor repairs and maintenance needed. A lot has already been done with regards to general maintenance but most units would have some minor item needing repair. This refurbishment falls under the Isimangaliso Wetland Park authority with the custodianship of the wildlife managed by Ezemvelo KZN Wildlife.

The nearby Nhlonhlela Bush Lodge is an independent 8 bed self-catering facility within the Mkhuze Game Reserve. This may only be booked by one party at a time, minimum charges apply. This venue has recently had reasonably extensive repairs completed. 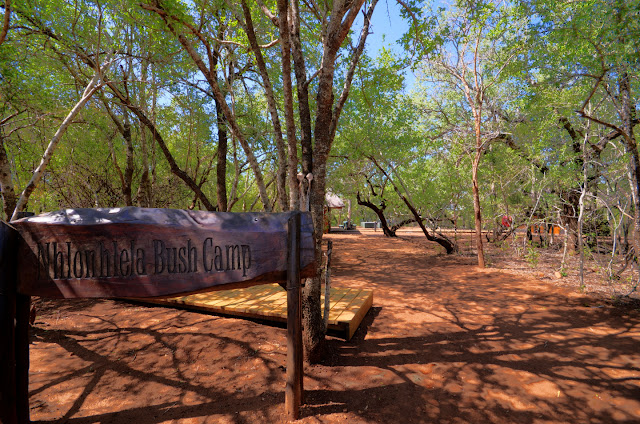 The 4 chalets with a central kitchen and a lounging / dining / view deck  / braai area overlooks what, in wetter times would be, a large water-hole.

One of the 2 bed chalets' verandas. 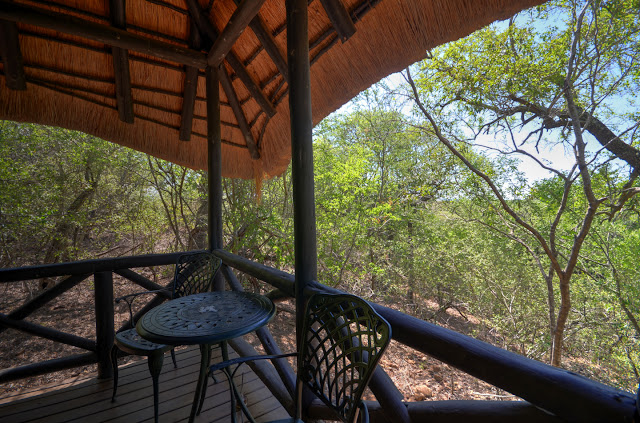 View from  the deck. 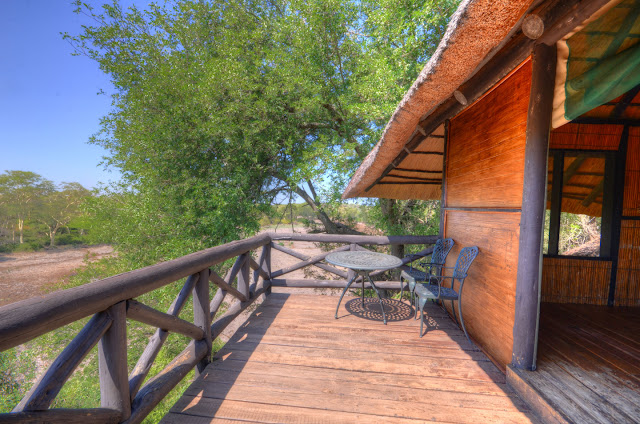 
Lovely setting with the services of a caretaker / cook, as well as a field ranger that will take guests on guided game walks - these are conducted early mornings and from mid afternoon and are included in the tariff.


Roads within the park are presently being upgraded. There is a section of the district access road, that where is crosses over the Lebombo Mountain, is in very poor condition, rutted and potholed. A normal sedan car will get through by taking care, just drive very slowly.

All photographs by Jeremy and Lana Williamson with Gordon MacKinnon

Posted by Far and Wild Safaris at 5:07 AM No comments: