I was fortunate to be the guide for clients who had decided to visit South Africa for the fifth time – and I had been their guide on the previous four occasions. These were very keen photographers, and I was in my element. Also, these clients were not focused only on the “big-5”, but were interested in every aspect of our wildlife on offer – so refreshing not to have to focus solely on only some animals! They had visited South Africa on the previous four occasions to take photographs – visit number five was no different. The only difference now between this visit and the previous ones was that they were even more discerning, so I had to keep in mind the light situation, the angle and direction of light, the time of day, and the placing of the subjects relative to this. The weather played along most of the time, but we did have overcast conditions on two of the mornings and very strong winds on one of the days. Photographers will know that lighting is the most important aspect for wildlife photography and for all forms of photography in general. The only negative (if one can call it that) aspect to all of this, is that this tour took place over the school holidays and the Heritage Day (or is it National Braai Day?) long weekend. Kruger Park was chock-a-block, with all camps full and day visitors at a maximum. These numbers of visitors notwithstanding, we had some good sightings.

We started off with three nights at

Skukuza and three nights at Satara – both good areas for game viewing in this very popular park. All the general game were seen, and including lion, many, many elephants, rhinos, buffalo, leopard, zebra, wildebeest, a whole range of antelope species, a variety of birds, etc. etc. In fact we saw lions every day, with more than one sighting per day, and on one day, as many as four sightings! Elephant sightings may have been a many as ten per day, they were so common. Compare this to some of our other parks in South Africa and one can see why the Kruger Park has such a reputation – one does not get many of these sightings in some of the other parks as you will regularly get in the Kruger. I tried to avoid the more busy tarred roads, as with this number of visitors, these were sure to be busy, so I stuck mainly to the lesser dirt roads, which were much less busy. In fact, on some of these roads we hardly saw any other vehicle at all, or else only very seldom.

- A visit to Lake Panic. Those of you who know me will know that this is one of my favorite spots in the Kruger for photo opportunities. This visit did not disappoint, and we had some amazing birding here. There was a grey heron in the nest opposite the hide with two chicks, and she kept us entertained for a long time, flying to and fro, feeding the chicks, etc. I was focusing on a goliath heron, when I heard both the female and her two chicks kicking up an awful racket. I looked up to see what all the fuss was about, and lo and behold, here was a female leopard below the tree where the herons nest was, and they were telling her in no uncertain terms that they had seem her and best she move off! The leopard took their advice and moved along the waters edge until she was out of sight. Unfortunately she was in the foliage and did not make for any good photographs, but how often does one see a leopard from a hide? The answer is of course twice – I had seen a leopard here about two years ago on another visit! 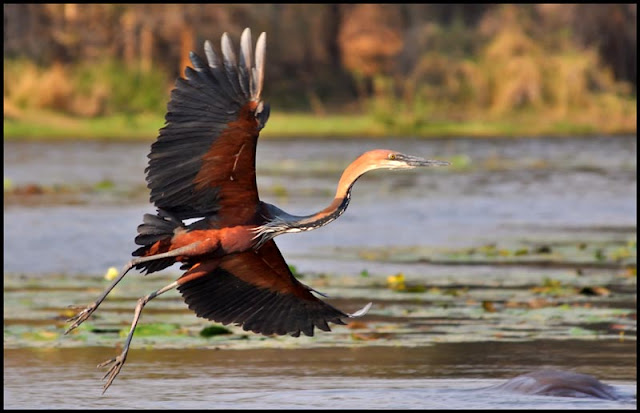 - One morning we had travelled on a quiet dirt road and had now joined the busy tarred road between Skukuza and Pretoriuskop, en route to Pretoriuskop for breakfast, when I was stopped by a guide in an open game drive vehicle. “Daar is ‘n luiperd drie kilometers af met hierdie pad” he says to me, which translates as “there is a leopard three kilometres down this road”. “Yeah, right” I think to myself. How likely will it be that this leopard, if there ever was one, will still be on the road, taking into account this guide’s three kilometers and my three kilometers of travel? Three kilometers down this road we come to a massive traffic jam, and the cause of this traffic jam is a magnificent male leopard! He is acting just as if he was in the Sabi Sands, he in unconcerned and disdainful of the many cars around. He is strutting his stuff in the middle of the road, with the odd walk to the edge of the road to mark his territory, before taking up position in the middle of the road again. The light is good, but unfortunately the setting on the tar road is not too good, but some close-up shots of his head are taken by my clients, before he wanders off the road and into the bush after a while.


- That afternoon we had some magnificent elephant, close up in very good, low light, and the clients were happy with this. Many shots were taken here. (I don’t bother with elephant shots too much – I have taken plenty in my time, but they are all just so-so, nothing that stands out, so I tend to leave them be as far a photos are concerned, let better photographers have them).
- The clients also wanted a good giraffe photo, with blue sky behind the animal’s head, as well as baboons. One game drive delivered on both, and this too was ticked-off the “to do” list. 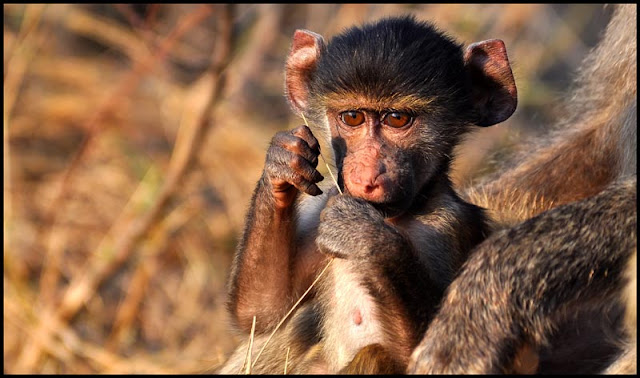 - On our arrival at Satara, we saw a Scops Owl in a tree, perched low on a branch, very close to the reception area. This poor bird was being photographed from all angles, some photos being taken by people with their cell-phone cameras, so close was the bird! One could in fact reach out and touch him, but I suppose that he had had enough of people, as he was not there the following day. Good for him. 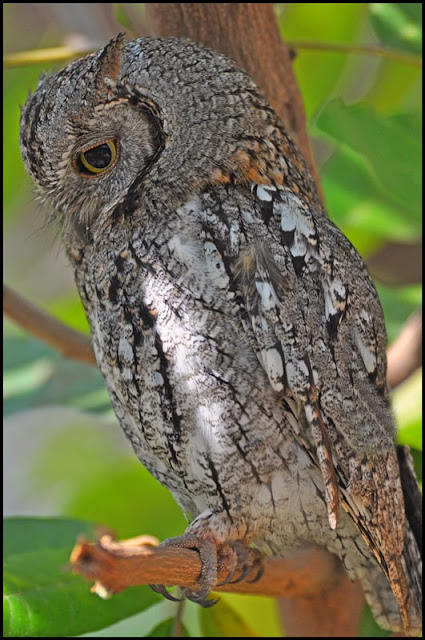 - One afternoon we went to the Sweni Hide, where there were some lovely yellow-billed storks and a number of waterbuck present. Again, nice light, so many photos were taken. 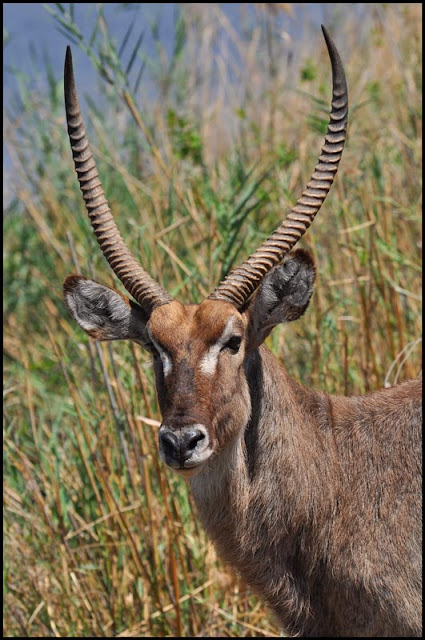 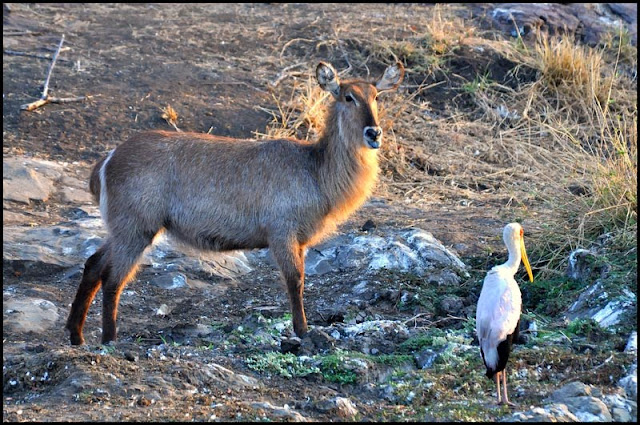 - The hide at Muzandzeni produced some lovely hornbill photos. There guys were posing in good light and seemed to enjoy showing off. Oh, and by the way, we were the only people there, so had the place to ourselves and spent the better part of an hour here. 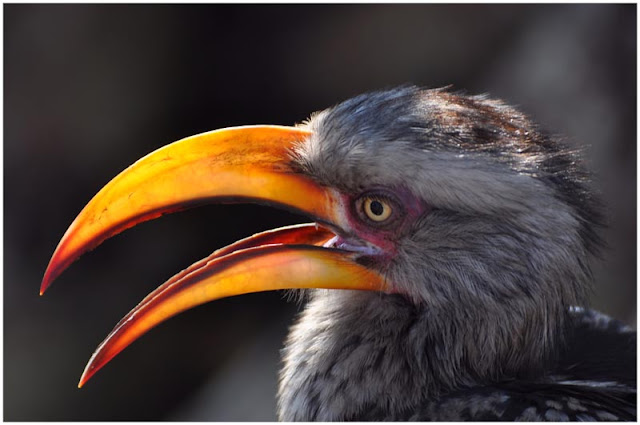 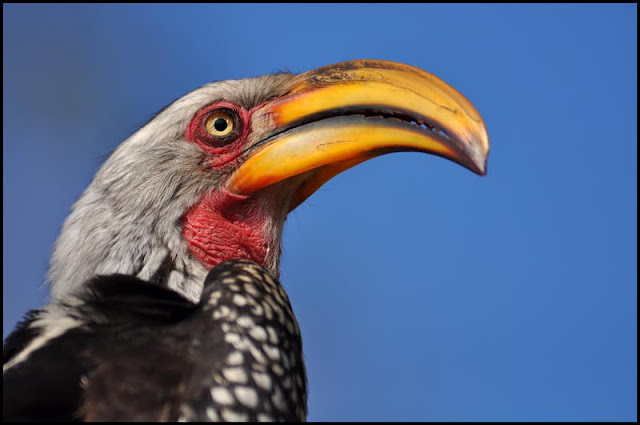 - At the Matambeni Hide just north of Letaba, I saw movement on the far side of the Letaba River. This turned out to be a crocodile that had either a bushbuck or impala in its jaws, and was now carrying this unfortunate animal with great difficulty to the water, where it would no doubt be having a feast. Unfortunately this was too far away for any photos, but what a sighting.


- That afternoon I was driving on the H7 to the west of Satara, where the bush had been burnt. This was a very windy day and we weren’t seeing much. Out in the burnt area I then spotted something tan, and upon closer inspection with binoculars, found that it was a caracal. This beautiful animal was totally relaxed, but just too far for any decent photos. The clients were happy; this was their first sighting of a caracal anywhere.


- On the way back to camp, just before the camp gates were to close, there was another massive traffic jam. Three male lions had decided to rest up next to the road. We did not spend any time here.

– the camp gates were about to close, and there were just too may cars. I joked that we would probably find them the next morning. And so we did! Upon leaving Satara, we came upon them at the intersection of the H1-3 and H6, boldly sauntering along the road, with a couple of other vehicles in attendance. Again, some nice photos were taken.


One has to temper a visit to the Kruger Park with the standard of the camps, the quality of the restaurants and the level of service of some of the staff, but all in all, this was a good tour, and I will certainly be back at the first opportunity. 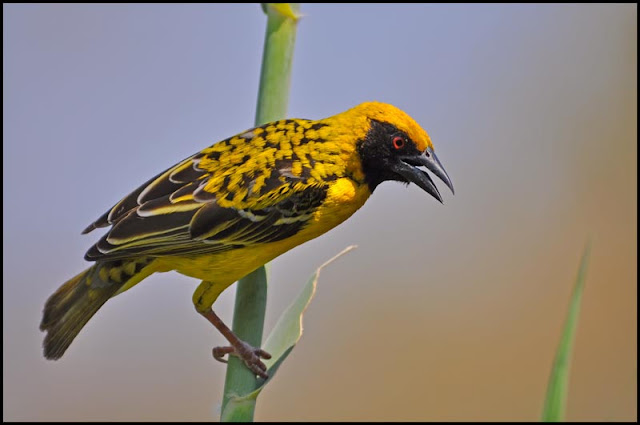 With all these sightings and photographic opportunities that we had, there were some really good sightings that stood out:


- One really good male lion on the S21 towards Lower Sabie. He was coming from the left of our vehicle, and when he got close to the vehicle, stood still and posed for a while before moving off directly in front of us, with us being the only vehicle there. This was one of the mornings when there was no sun, so the soft light was not as dramatic as it could have been, but good nonetheless.

Posted by Keith Marallich at 1:30 PM No comments: