Umzolozolo Lodge, Nambiti Private Game Reserve was our next and final stop and all we had to do was drive from the one entry gate to the other - a drive that was no more than a 15 minute drive. When we entered the gate we were again directed to the Guest Parking area where our ranger Bradley was there waiting to pick us up, it was onto the game vehicle and off to Umzolozolo Lodge.

On arrival at Umzolozolo Lodge we were welcomed by Debbie and shown around the main area of the lodge and to our suite which had the same amazing view into the valley as the main lodge, the suite itself is well equipped with a King size bed, a large bath, indoor & outdoor showers, dressing room, TV with limited DSTV channels, Aircon and fan – all the mod cons you would need/want in a room. 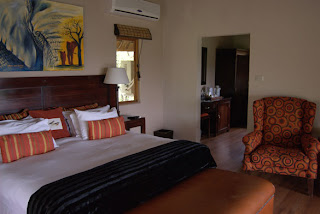 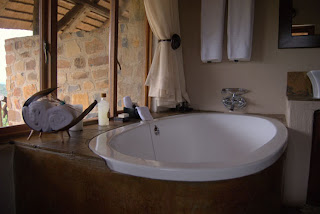 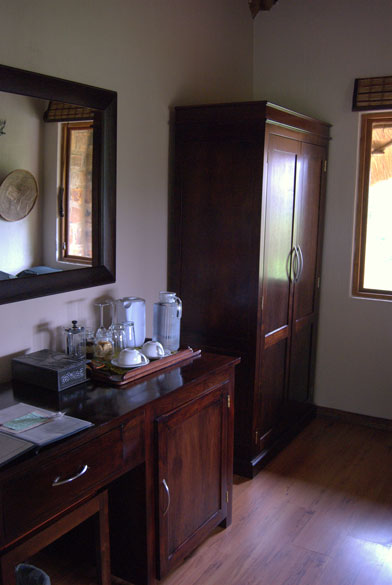 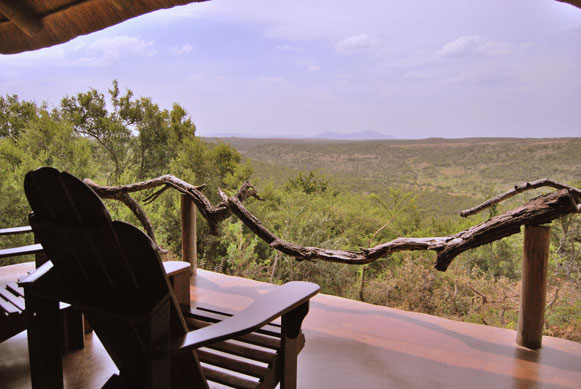 Once we were settled in it was off to lunch which was an amazing spread of food and a sunning chocolate pecan nut pie for pudding, after our stomachs were full it was back to the room for a little rest and to pick up our things for the afternoon game drive which departed at 15h45.

The Afternoon Drive was eventful will lots of plains game which included Eland, Zebra, Giraffe, Kudu, Impala, Blue Wildebeest, Warthog, Reedbuck and Duiker, we also spotted Ostrich, Black Backed Jackal, plenty of White Rhino and Hippo in the Dam. after our exciting day we were back to Umzolozolo Lodge for a wonderful four course dinner, with the best lamb shank i have had in ages and a yummy dessert of poached pear which we only just managed to squeeze in we were so full. 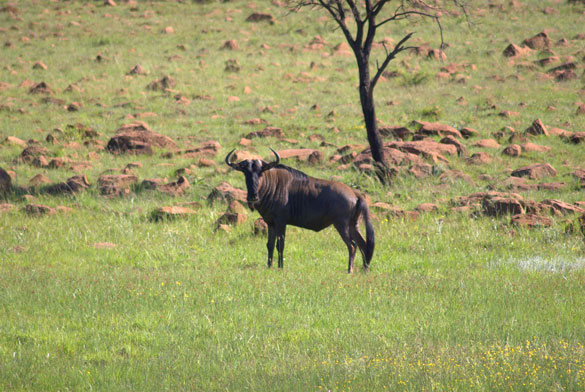 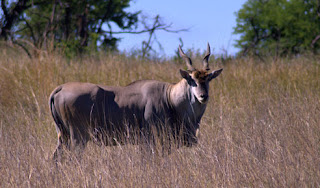 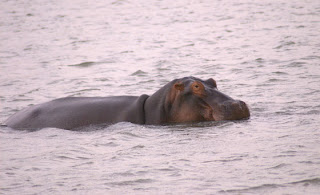 The next morning we were up early, on the Game vehicle by 05h30 and off in search of the Elephants, well we pretty much found everything except the elephants as they just didn't seem to want us to find them, so our list of game spotted included plenty of plains game - Eland, Zebra, Giraffe, Kudu, Impala etc. White Rhino and Buffalo, when we got back to the lodge after our morning game drive we were advised that the Elephant were moving through the valley in front of the lodge, so we did find the elephants after all, just not on the vehicle but from the comfort of the lodge's deck. 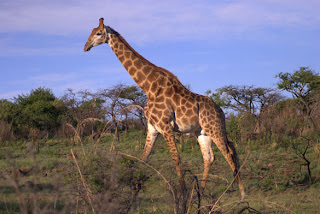 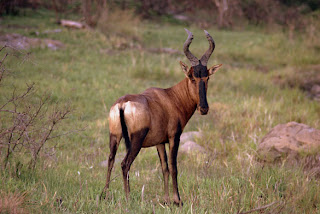 After Breakfast the rest of my morning was spent relaxing in the room, whilst Justin was off fishing in the Dams for bass with the husbands/boyfriend's from the other couples that were staying at Umzolozolo Lodge, they managed to catch a few (fishing is on a catch and release basis) and also had to avoid a few curious hippos that were in the dam. It was then time for Lunch which was once again a wonderful spread, we were then back on the game vehicle and off on our afternoon game drive.

This time we managed to find the elephants as they were passing by a small dam, some stopped to drink whilst the others carried on by joining up with the rest of the herd on the hill, there were quite a few little ones in the herd, the babies are definitely my favourite as they are just so cute. Once we moved on from the Elephants we saw Black Baked Jackal, Gemsbok, Red Hartebeest and all the rest of the plains game, as the sun was setting we stopped for the normal Sun-downers and to watch a beautiful sunset, i don't know what it is about being in the bush but the sunsets are even more amazing that when your in the city! After sun-downers the spotlight came out and we continued on our way back to the lodge looking for nocturnal animals along the way and we managed to spot a Chameleon hiding in the bush! Bradley brought him to us for a closer look and I managed to snap a picture before Bradley returned him to his home. we then returned back to the lodge for Dinner under the stars in the Lodges Boma area, dinner was once again a four course meal although this time i opted out of one of the starters. 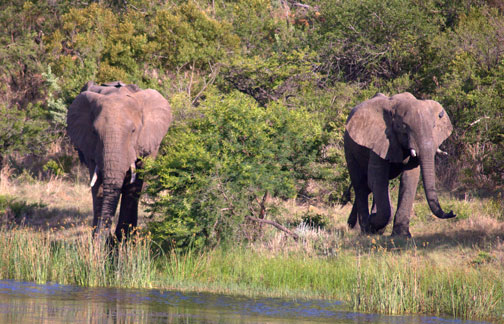 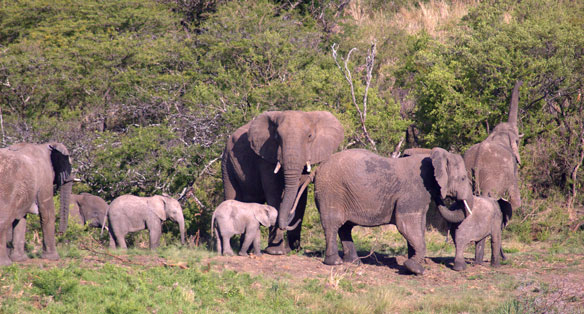 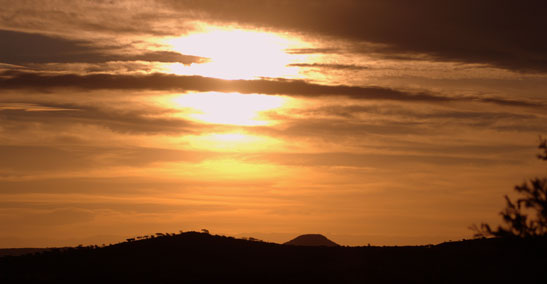 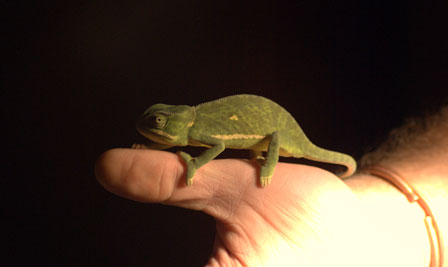 The next morning we were up even earlier and off on our morning game drive, this morning was a little chilly, although not enough for a thick jacket, and it was quite misty as the sun was not yet up fully - with the thin mist we could tell that this day was going to be another hot day once the sun burnt off the mist. We were driving past the open plains Nambiti Private Game Reserve should be known for, here i managed to snap this picture of a Zebra, as you can see the sky in the background is still a little misty.

Once the mist had lifted completely we saw all the normal plains game that i have now become accustom to seeing on a daily basis in Nambiti Private Game Reserve - this includes Eland, Zebra, Giraffe, Kudu, Impala etc. on our way back to the lodge we came across a few of the Elephants again although they were up on the hill we could just see the top of their heads and backs over the trees, one stood out amongst them all - BFE - which stands for Big Friendly Elephant, he is a very large bull elephant who towers over the other elephants and sometimes visit Umzolozolo Lodge - passing right through the lodge. I would have loved to have seen him that close while we were at the lodge, but i guess that now just gives me an excuse to go back sometime!
Posted by Lisa Trollip at 9:36 AM