The drive to Lions Valley Lodge, Nambiti Private Game Reserve from Durban took us an easy 3 ½ hours even with a short lunch stop along the way, once at the gate we were directed to the Guest parking area where we were to leave our vehicle, here we met our ranger Dean who was equipped with ice cold water which was just what we needed as it was such a scorching hot day, after a refreshing drink and luggage loaded we were off and on our way to Lions Valley Lodge.

Along the way we saw plenty of plains game which included Eland, Zebra, Giraffe, Kudu, Impala and Blue Wildebeest, we also saw a family of warthog running around with their tails up in the air. On arrival at Lions Valley Lodge we were welcomed and shown around the facilities of the Main lodge most of which have a view into the bush and over the waterhole, we were then taken to our room, we were in the Zebra Suite so the décor was all based around the Zebra – one of my favourite animals – each of the suits are identical in their footprint and they all boast a large bedroom/ lounge area, walk in closet, double baths, basins and double indoor and out door showers as well as a large deck over looking the bush, only the décor differs - from our Zebra room through to the Spaza room which is decorated with Corrugated iron walls, Coca Cola pillows and chappie light shades, to be honest just the sound of the Spaza room did not appeal to me but once actually inside the room the touches are so lightly done that its not the overpowering rainbow of colours I expected to see and I would have been happy to have stayed in the Spaza room or any of the other rooms for that matter. 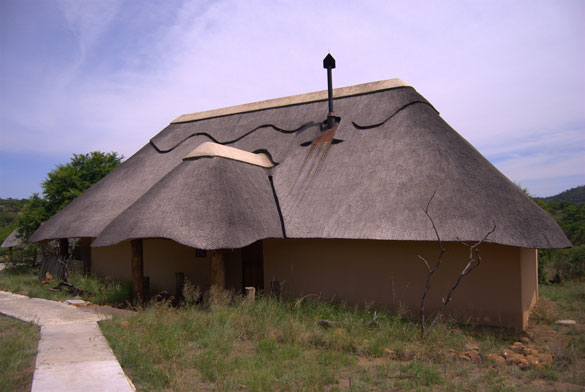 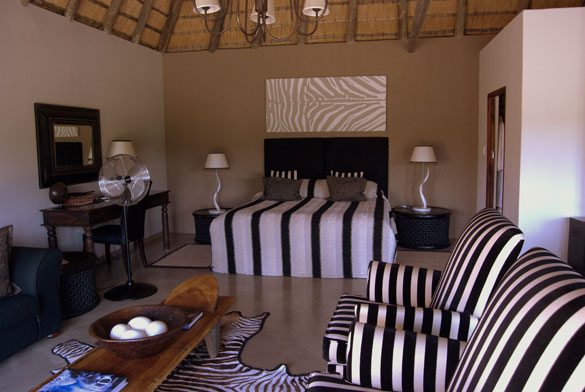 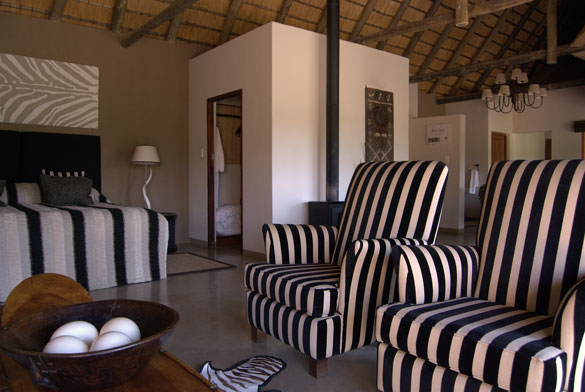 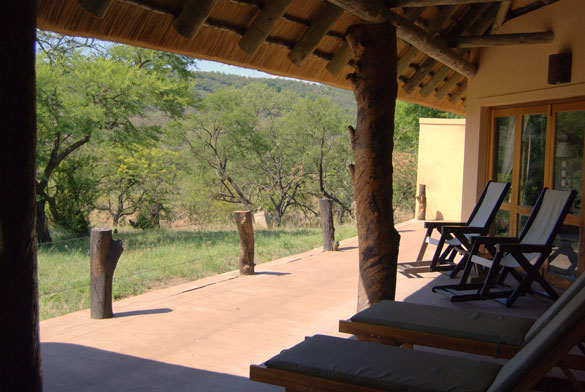 Lunch was served at 15h00 and we had a buffet selection of freshly made bread, macaroni and cheese, etc.

The afternoon Game Drive then departed at 16h00 and again we saw plenty of plains game as well as a little Black Backed Jackal, and 3 big Dagga boys (Buffalo's) our best sighting would have to be the Big Male Lion we saw in the Afternoon along with the one Lioness who was calling and calling, I really do love the sound of the lion roaring but from the safety of my vehicle, I think it may be a different story if we were on foot! The sighting was a good one as they were out in the open about 100m off from the road but unfortunately as the area was recently burnt we were unable to go off road and get closer to the lions as the grass needs time to rehabilitate after it has been burnt, even tho we couldn't get close it was still a wonderful sighting just as the sun was setting. 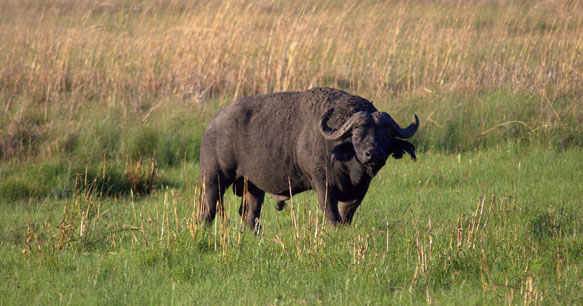 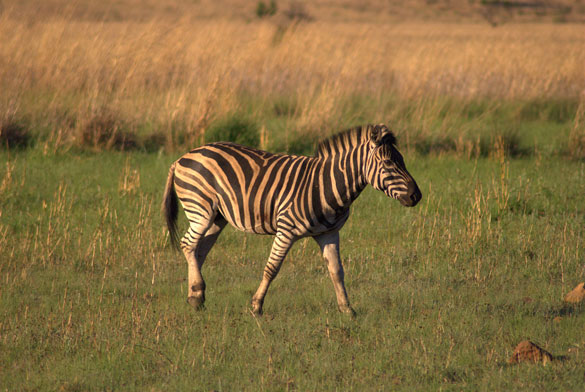 It was then back to the lodge for Dinner and sleep.

The next morning we were up at 05h30 and back on the Game Drive vehicle by 06h00. The morning game drive brought us Impala, Kudu, Eland, Warthog, Waterbuck, Red Hartebeest, Gemsbok, Steenbok and a Mother Rhino with her baby who were both resting under the shade of a tree as today was again a scorching hot day. 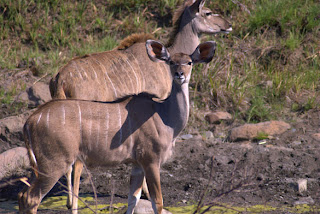 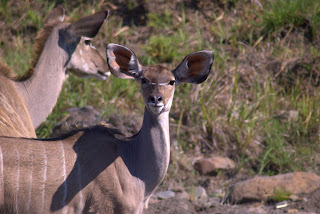 It was then back to the lodge for a fulling Breakfast – both a cold buffet and a hot English breakfast of bacon, eggs etc. during breakfast we even had some excitement as one of the rangers had sighted a Cheetah Lying in the shade of a tree directly across from the lodge, with a good pair of binoculars you could see that he/she had eaten and was a rather fat cheetah for it! After breakfast it was back to the room to pack then onto the Vehicle to be taken back to our car and for us to proceed onto our next stop Umzolozolo Lodge.