The lucky winner of the 2 Night Stay at Umzolozolo Private Safari Lodge in the Nambiti Game Reserve: Matthew Peters

Imagine our excitement when I saw my name as the winner of the Far & Wild Safaris competition. A two night stay at the Umzolozolo Lodge at Nambiti Game Reserve, and we could not wait to go. We decided that two nights was not enough and booked an extra night through Far & Wild Safaris. The day of our departure dawned, grey and wet, but that did nothing to dampen our spirits, and after what seemed a remarkably short trip we were at the entrance gate to Nambiti. A few quick formalities and we off to the guest parking area where we were picked up by Chris, who was to be our guide for the next few days. Jeremy of Far & Wild Safaris had told us that he had managed to secure the presidential suite and he was not joking. Our chalet was huge and luxurious with a king sized bed, a separate dressing room, a huge bathroom with a double shower and an outside shower with a view, a big deck with a jacuzzi and a view across the reserve.
A quick time to freshen up and we went up to the reception to meet the managers Debbie and Dave. We were told the dos and don’ts, and to check on dietary requirements and then it was time to explore. Twenty four hour coffee and tea on tap, and a view from the deck that allowed us to see animals down in the valley and of course a beautiful rim flow pool. 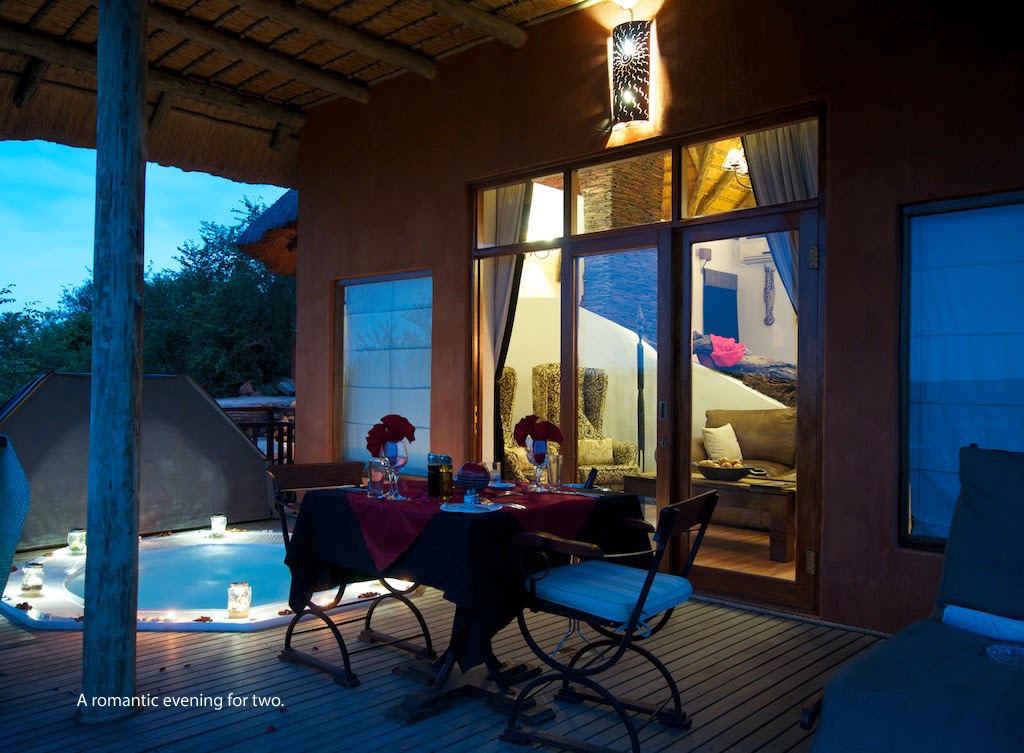 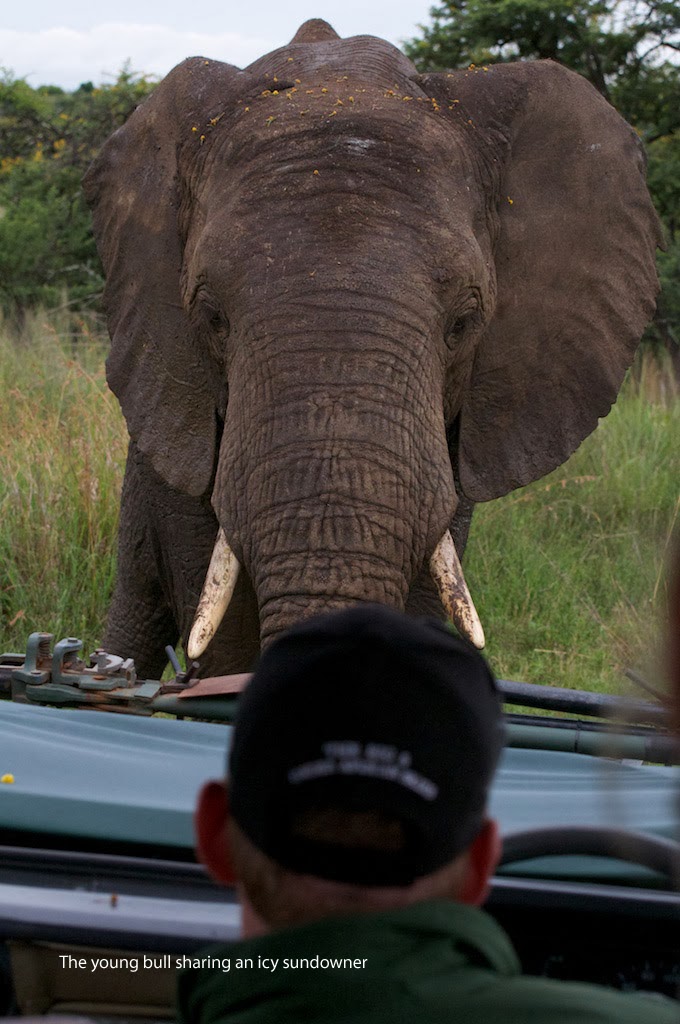 A light lunch was soon followed by our first game drive, our target for the evening elephants, and it was not long before we found a breeding herd with some little ones. After watching them for a while, we moved off to have sundowners, shortly after we stopped the herd appeared out of the bush, obviously also wanting a drink. We hastily got back into the vehicle as the herd approached, with one young bull coming right up to the vehicle to investigate and then moved to the front of the vehicle where he found some ice that had been dropped and proceeded to eat it mere centimetres from the front of the vehicle. When he had finished his cooling snack he moved off and we were able to proceed back to the lodge for supper. I chose to try all the courses, from soup to sweets, and spent some time feeling as full as a tick. A bit more discretion would be required at future meals. The first night in the bush is a special time, and sitting on our deck we could hear jackals calling and the sound of a barn owl, a good introduction to Nambiti.

Up VERY early the next morning and off to see whatever we could. I was amazed at the number of kudu and eland we saw, and once again we bumped into the same breeding herd, this time a bigger young bull decided to investigate the vehicle, and thought that the ‘bull bar’ would make a good scratching post, and shook us all around while he enjoyed a scratch. Then it was back to the lodge for a great breakfast and time to relax after our early start.
After lunch it was off on another drive, and this time it was a lion hunt. We headed north and on the way saw a herd of buffalo, and once again numerous plains animals such as wildebeest and zebra. At last we received word that the lions has been found and off we went to see them. Two females and a big male who was very amorous. It was starting to get dark when we finally left. For the Tuesday night we had decided that we would have a supper at our chalet, and when we were dropped off at our door we were greeted with the sight of a jacuzzi ringed with candles and lamps and a table set for two. Sparkling wine in the warmth of the jacuzzi was followed by and excellent meal, with the different courses being brought by the staff as and when we wanted them. A truly romantic evening. 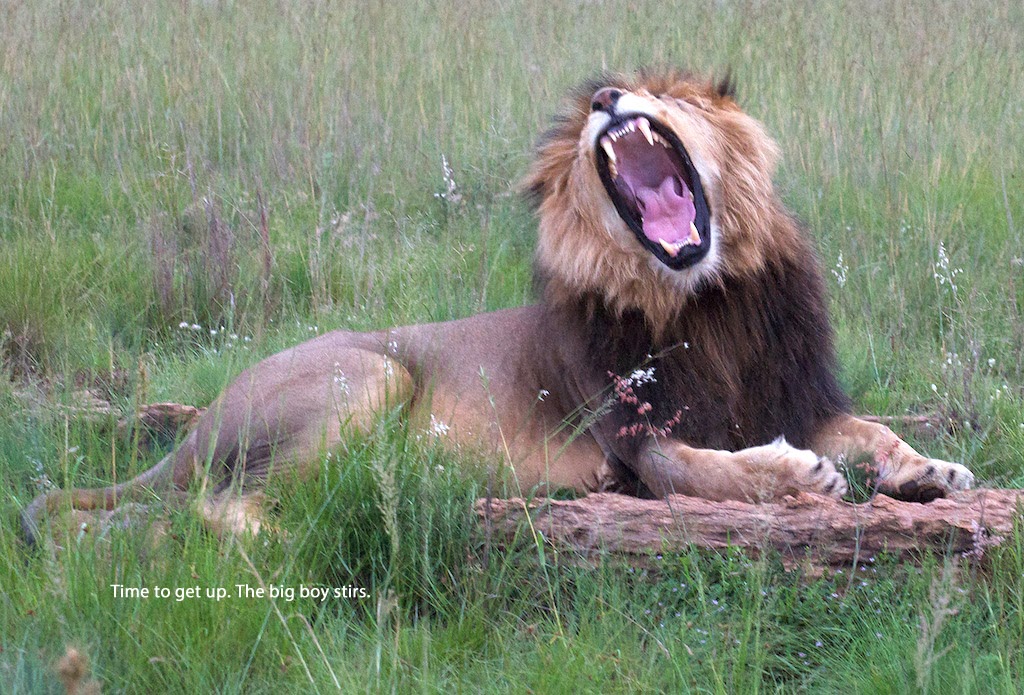 Another early morning drive to find black rhino was unsuccessful but once again we saw a lot of game and three large elephant bulls. We stayed well clear of these, as they were more than capable of a lot of damage. The day started clear and showed just how hot that part of the world can get.
The afternoon drive started with storm clouds threatening, and half way into the drive the sky opened and a thunder storm of note hit us, with rain pelting down and making it all but impossible to see. We did however see a black rhino, a great sighting. 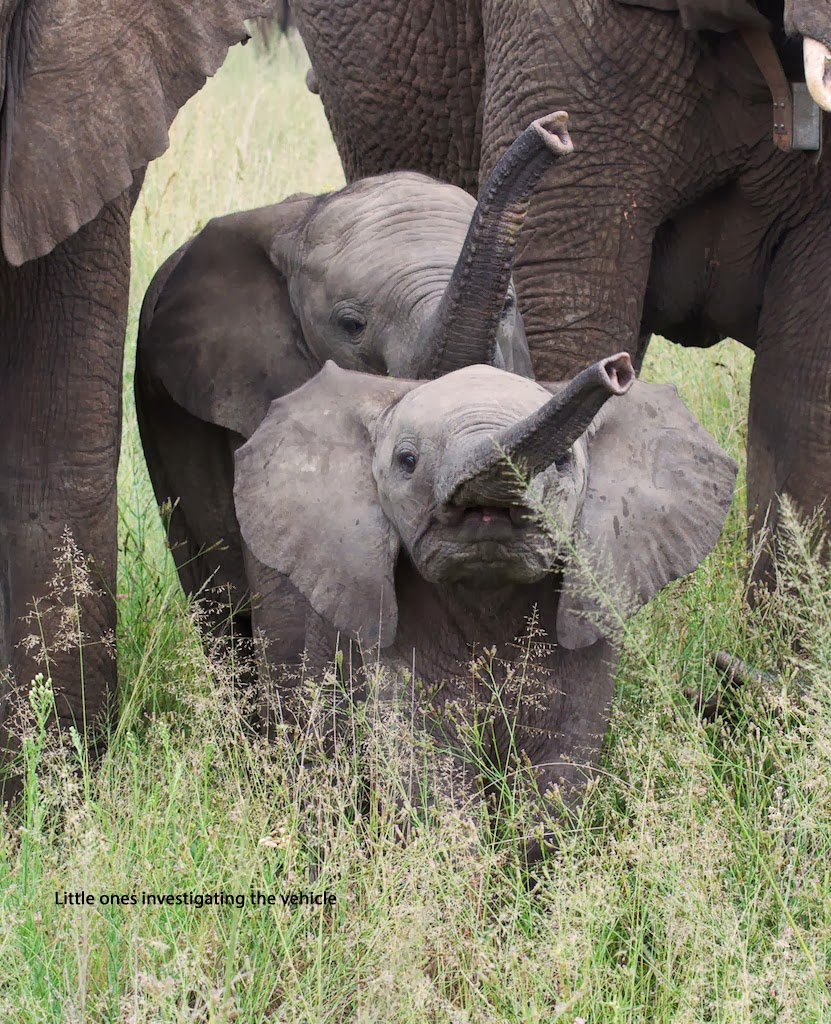 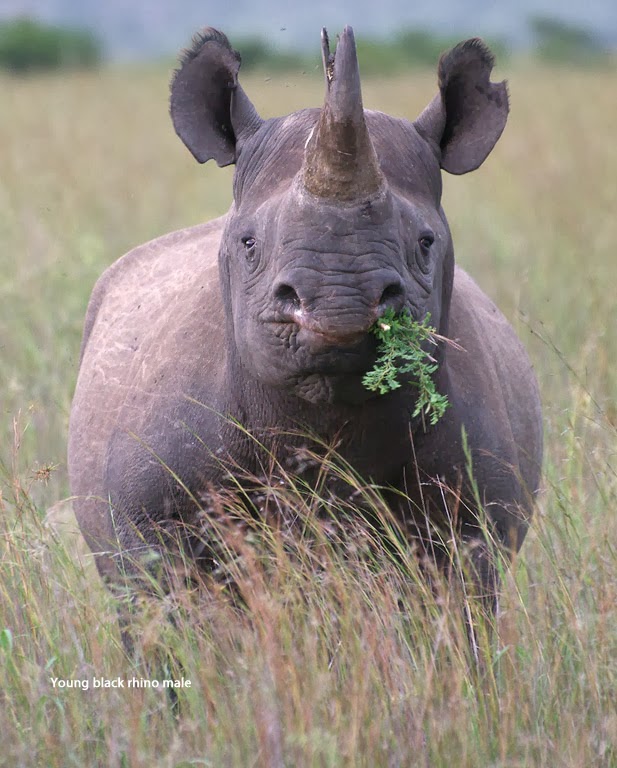 The next morning, our last, we chose not to do the game drive but to relax and pack, and after breakfast we set off to Kwa-Cheetah to experience the cheetah interaction. What a wonderful experience. After a short talk we were off to see and touch a young leopard male (through the fence), and then it was off to the cheetah enclosure where we could get up close and personal. It was amazing to see how relaxed they were around us and how loudly they purred when stroked. Of course everybody had to have a chance to pose with these delightful creatures. Then it was off to see the servals and watch how they chased a toy, and the tour finished off with a visit to four teenage cheetah cubs. All in all, an experience not to be missed. 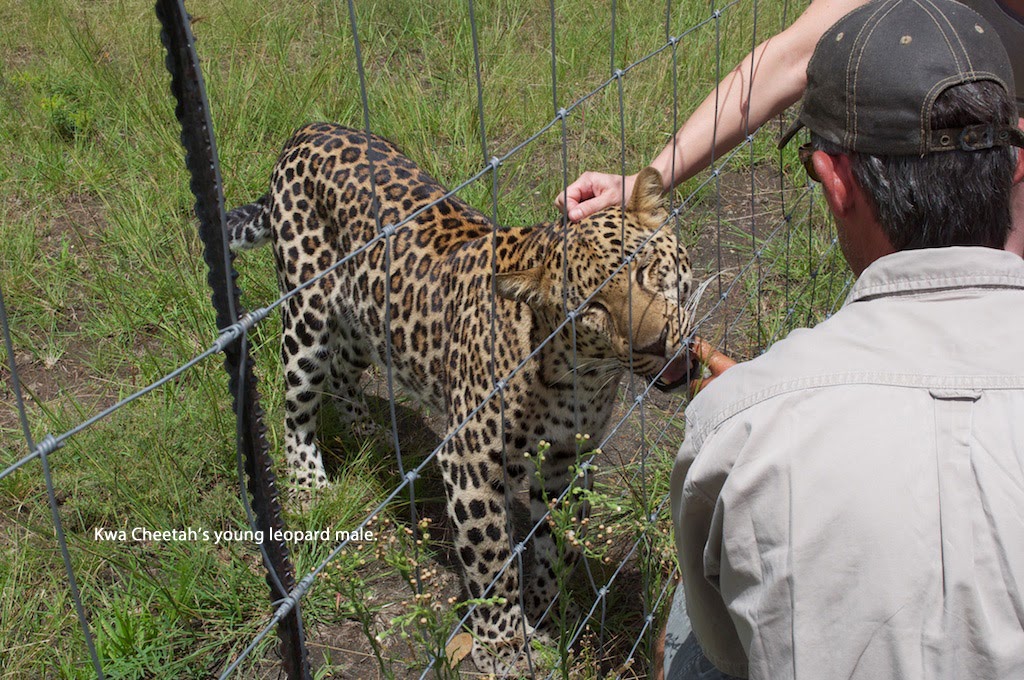 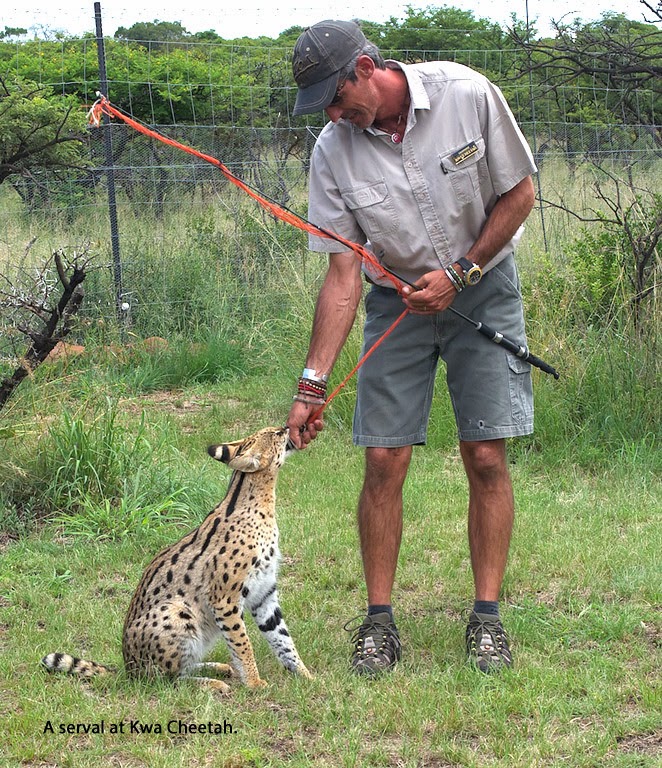 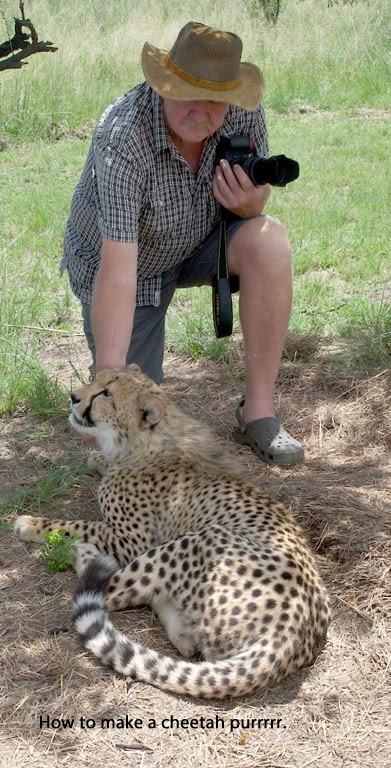 In summary, Umzolozolo Lodge was as good as any lodge in the greater Kruger area. It is small and so the staff can give that essential personal attention. The food was excellent and the accommodation very good and the staff are all very friendly and obliging. The only downside is that Nambiti itself is relatively small and so while it has large game numbers, the big five numbers are small, and so cannot give a wildlife experience similar to the Kruger lodges, but compared to them it is excellent value for money costing about a quarter of what they do. I recommend it highly and will not hesitate to visit again.
Once again I want to thank Far & Wild Safaris for this wonderful opportunity.
-  Matthew Peters 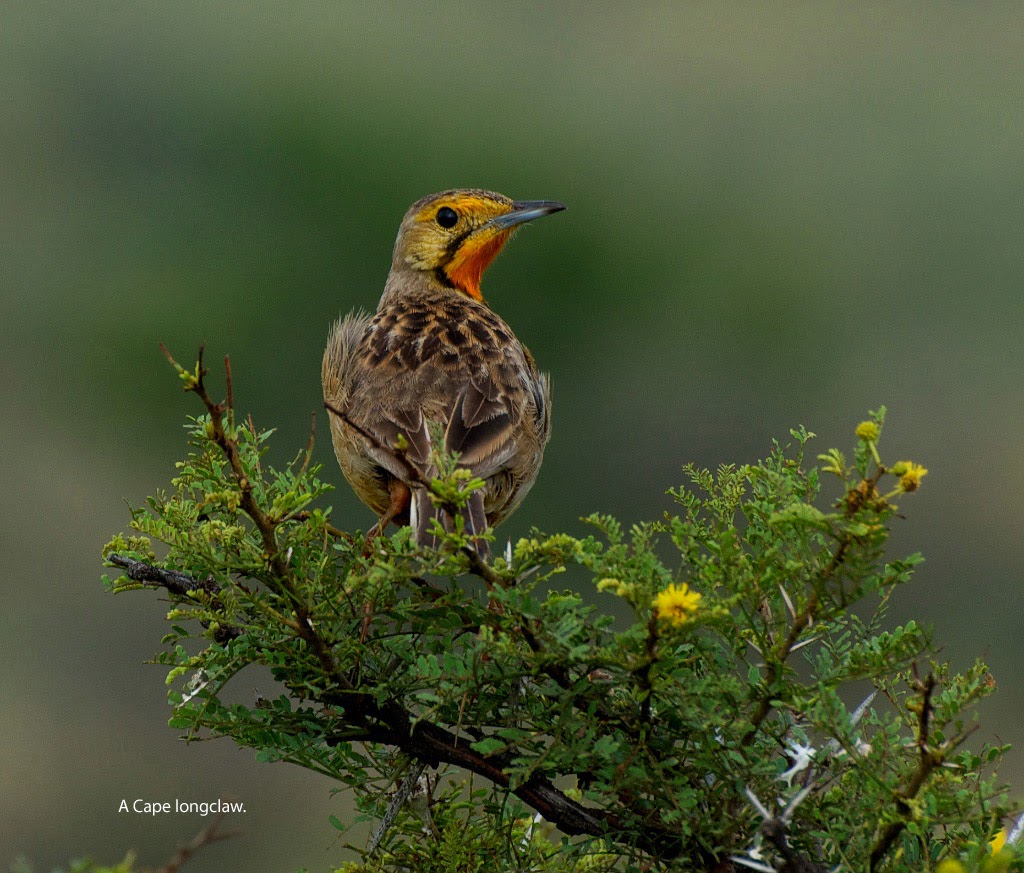 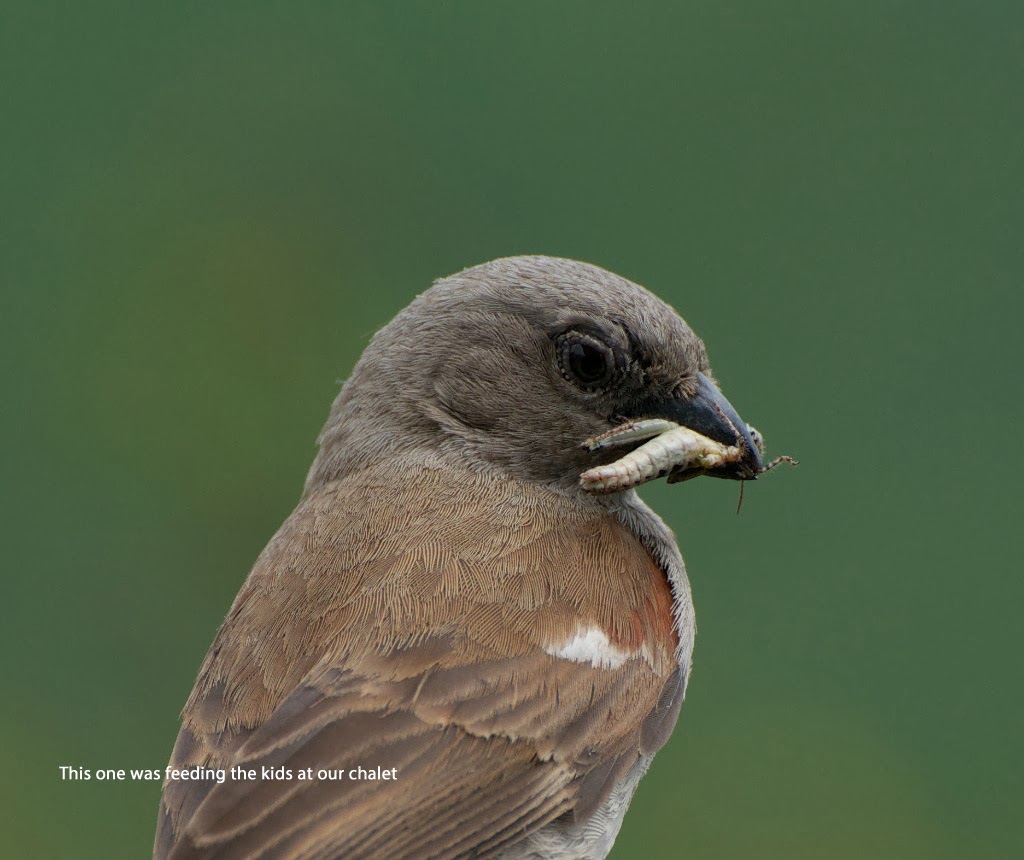 Posted by Far and Wild Safaris at 1:25 AM